QuickSwap Sniper Bot: How Do You Improve Your Chances Of The Fırst Buyer Of A New Listing?

When you target a new listing and want to buy as many tokens as you can imagine, you may have only one concern: Will you be one of the first buyers of this listing? Honestly, no one can promise you that when you do this work manually with your hands. But QuickSwap Sniper Bot works with a very ambitious system that guarantees you to be the first or one of the first to buy. Let’s examine the algorithm. 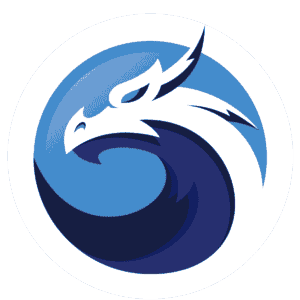 What is the Working Logic of QuickSwap Sniper Bot?

QuickSwap Sniper Bot does not do the purchase directly via quickswap when a token is to be received. Instead, the transaction occurs directly through the router contract. This makes it possible to make purchases, scan the Blockchain world, analyze mempool and pending transactions faster than any other person or even other bots. This makes it possible for you to be one of the first to buy a token when it is listed. So, how does this new generation system do it if it doesn’t buy directly through the exchange platform?

QuickSwap Sniper Bot is the New Way of Sniping into New Listings!

Hey, anonymous trader! Looking for a bot to recreate your trading career?
Don’t you get bored with the mornings in front of the computer screen, the many attempts where everything went great but the purchase was not made?
Explore Why QuickSwap Sniper Bot is Beneficial!
The opposite is possible with QuickSwap Sniper Bot! This new generation bot requires you to follow new projects, note the listing days of these projects, and decide how much of an investment these projects are worth. Because hey, you will be one of the first to buy as many tokens as you want!

QuickSwap Sniper Bot is an algorithm that finds mempool and pending transactions by scanning the Blockchain network. This scanning, which takes place according to the rules you have determined, ensures that a matching transaction is found as soon as possible and your order is executed successfully. You can buy as many tokens as you want at the price you set, and then you can make a profit thanks to the increasing prices.

Hey, isn’t that everyone’s dream?
Well, what happened to the millions lost and failed trades due to bots being dummy assets?
Let’s say right now:
There are no millions lost because the setting called MinOutput blocks slippage.
No failed transactions because the Plus version of QuickSwap Sniper Bot works perfectly even in projects with anti-bot software.
Now, as you know the secret, being a successful trader is much easier than any time, right?

Be A Real Chad for the Currencies: Quickswap Sniper Bot

Are you ready to meet the easiest way of sniping in the crypto money world? Hey, anonymous traders, we’re sure you’ve had to miss the coin you’ve been looking forward to on the day of listing, and in fact, it potentially cost you thousands of dollars.
You waited there, you chose the right coin, but still, the others won, right?
Because the system did not allow you to be one of the first to buy the coin. By the time the transaction was completed, the price of the coin had already reached its peak. Moreover, it started to decline after you completed the purchase.
Hey, this doesn’t have to be your life story.

Quickswap Sniper Bot, with its new generation software, allows you to act as the chad of the crypto money world and be one of the first owners of the project by sniping at the right time.

What is the Solution?
Eighty percent success even in the Basic version with the new generation only publicly available bot that can snipe in liquidity add block feature:
Almost 100 percent success thanks to its anti-bot resistant feature in the Plus version
Quick and easy to use thanks to the GUI instruction book that comes after the purchase
A transparent script with high-security open-source Javascript is really reliable for any trader
Want to try it on? You can go to the official web page of the bot and install it after buying it. Once you install the software, follow the instructions on the given GUI document and start trading
. 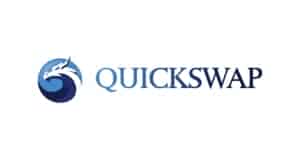 QuickSwap Sniper Bot: What Do You Need to Configure It?

We have good news for those who dream of becoming the king of tokens in their new listing days using the QuickSwap Sniper Bot: In this content, we have explained in detail everything you need for this! By following the steps below, you will be able to set up your bot immediately. Start reviewing!
How to Install and Configure the Quickswap Sniper Bot Out?
You can follow the steps below to install QuickSwap Sniper Bot. Review them and start your bot to snipe in a newly-listed token Project. You can be the star of the new crypto era, folks!
First, you need to connect the QuickSwap Sniper Router contract in BSCScan. To do this, go to the contract and then write the contract number.
Then connect Web3 Wallet and bot’s software.
Scroll down to the correct function. For this, you can use the GUI document and decide which function is suitable for you.
Then, enter all the details such as the amount of BNB you want to use, the minimum number of tokens you want to purchase, path, deadline, and the contract address of your wallet.
If everything is ok, you have given the commands about how to perform the operation to the bot. The bot can only make purchases within the price ranges that you specify. It cannot go out of these ranges and thus slippage is prevented.
Now you are fully ready for trading!

Scroll to top
Cookie Consent
We use cookies to enhance your browsing experience and provide you with personalized content and advertising. By continuing to use our site, you agree to our use of cookies. For more information on how we use cookies and how to manage your preferences, please read our Privacy Policy.
Manage options Manage services Manage vendors Read more about these purposes
View preferences
{title} {title} {title}